Serving Oregon and beyond

Did the Unabomber ever live in Portland?

Anne Hughes remembers his perpetual smile. “A little mischievous” is how she describes it.  Beth Simer, an Anne Hughes Coffee Room regular, also recalls the smile.  At first glance it was friendly, but on second, it was more knowing or mocking, she says, “Like he was savoring a private joke.”

Maybe he was savoring a private joke on all of us. Read the whole story here.

Baseball Trading Card:  the Buy of a Lifetime?

A gentleman purchased a dusty shoe box of old postcards at a local garage sale. To his surprise, he discovered what he believed could be the Holy Grail of baseball card collecting: a genuine T-206 Honus Wagner (aka the Pittsburg Pirates’ The Flying Dutchman) from 1909.

He researched the item on the Internet and discovered that another genuine T-206 Wagner sold to a collector for $2.8 million. It is estimated that only between 50 and 200 were ever distributed to the public at the time.

Could he possibly have found one? Read and find out…

I was chosen as a presenter in the Poster Session at the second annual World Congress of Forensics (WCF) conference in Chongqing, China. The WCF conference, “Science, Justice, and Peace,” was held October 15-18, 2011, and provided insight into the current status of forensic science and future applications in forensic investigation and analysis. Dr. Henry C. Lee, founder of the Henry Lee Institute of Forensic Science in New Haven, Connecticut, was the chairman and a keynote speaker at the conference. See the forgery here. 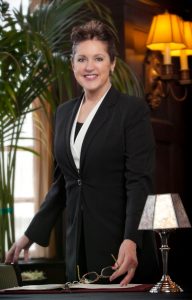